Holyoke Cooperative Association is pictured as it was in 1959. In that same year, a propane plant and delivery equipment were purchased. The co-op, which is now CHS Grainland, hit the century mark earlier this year. — Source: History of Phillips County, Colorado, Volume II 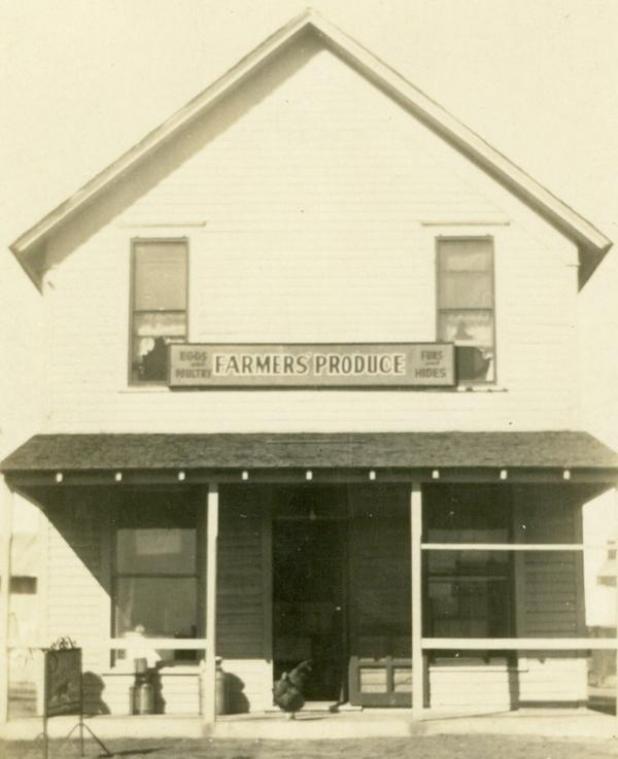 The local cooperative’s produce department opened in a building east of the service station in 1928. It was used as a market for eggs, poultry, hides and furs. It is pictured here about 1935. — Source: Phillips County Museum 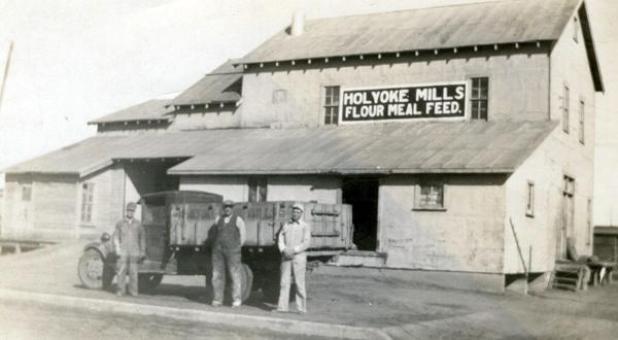 The co-op’s mill received a feed mixing machine and hammer mill grinder in 1931. In 1936, the milling of flour was discontinued at the location. — Source: Phillips County Museum 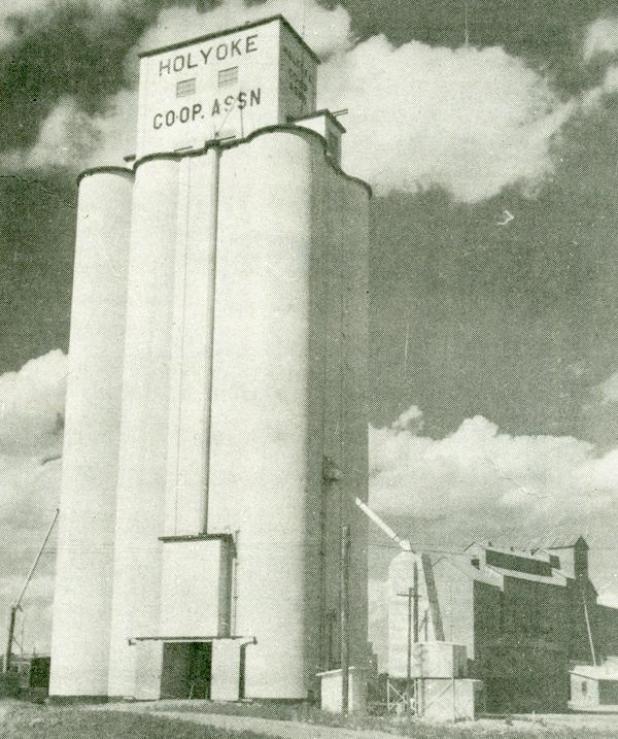 This past May marked the 100-year anniversary of CHS Grainland. Though not always under that name, and through many other changes over the years, the cooperative has served farmers in the area for a over a century.

Evan Fust, who became general manager in 2018, said his goal is to manage in a way that ensures the co-op’s longevity and success for the next 100 years and beyond.

He said it is a privilege and an honor to carry on the principles of the co-op’s founding in adapting to members’ changing needs.

Though there are currently no celebration plans for this anniversary due to the COVID-19 pandemic, it’s clear that the co-op has always been important to Holyoke and the surrounding area.

According to “History of Phillips County, Colorado, Volume II,” Holyoke Farmers’ Cooperative Elevator Company was chartered May 25, 1920, with the purchase of the properties of the Holyoke Equity Mercantile Company. These properties included a crib elevator near the railroad tracks and a flour mill with its equipment.

When the cooperative first started, coal, wheat and millet were the main products handled.

Members of the cooperative often took their supply of fence posts, coal and fruit directly off the railcars that were shipped from western Colorado.

A petroleum plant with tires and automotive accessories was built in 1924. A brick service station was added in 1927, with a grease room and additional storage added later.

In 1928, a produce department opened in the ground floor of a building east of the service station. It was used as a market for eggs, cream, poultry and hides that were common on most farms at the time.

A feed mixing machine and hammer mill grinder were placed in the mill in 1931, and in 1933, the cooperative became a member of Consumers Cooperative Association, which was a regional farm supply cooperative.

Stern said some of the biggest changes he saw in his time as general manager involved making necessary adaptations to better technology, which allowed the grain yield curve to increase over time.

The name of the cooperative was changed to Holyoke Cooperative Association in 1940 and continued to expand, adding the first concrete elevator in 1947 and west storage in 1952. A new station and the east storage annex were completed in 1953.

The first bulk dry fertilizer plant was built in 1954, and a new office building was completed in 1956, along with a 60-foot 50-ton platform scale. In the same year, the original crib elevator became the feed mill.

The first anhydrous ammonia tank was built in 1957. The south elevator and storage were built the following year where the railroad stock yards once stood.

In 1959, a propane plant and delivery equipment were purchased. Until that time, members received their propane through cooperative services in Haxtun.

In 1971, the office building was expanded. Six years later, the last concrete storage annex was built. Also in 1977, an anhydrous plant was built at the Nebraska state line.

In 1982, a steel elevator, known as the east elevator, was built 1 mile east and 1 north of Holyoke on the site of a proposed ethanol plant that was not built.

In 1984, the Country Shoppe opened south of the service station across West Denver Street. Services offered included pumps for refined fuel, a car wash and a convenience store. The store was remodeled in 1997, and its name changed to Ampride. In 2020, it was changed to Cenex Zip Trip.

In the mid 1980s, cooperatives in Holyoke, Paoli, Amherst, Haxtun, Fleming, Venango, Nebraska, and Grant, Nebraska, formed the Hyline Seven and pooled resources for an advantage in the markets.

The cooperative acquired a fertilizer plant southeast of Holyoke in 1988 and purchased the Reimer Smith elevator in 1992.

In 1998, the crop production department was moved from its location west of the main office to County Road 41, next to the east elevator. In the same year, the feed mill burned down.

Under all of its names and through all the changes time has brought, the co-op has been a crucial part of the community.

The Aug. 17, 1995, edition of The Enterprise describes the community day hosted by the Holyoke Cooperative Association at City Park the prior Saturday, Aug. 12. The festivities were held to celebrate the co-op’s 75th anniversary.

A tennis and sand volleyball tournament were held, and participants were treated to an evening meal and live music. Swimming, kids’ games, bingo and other activities were also offered.

The Enterprise reported that participants “appeared to be having a great deal of fun, and many noted appreciation to the Co-op for their efforts in coordinating the community event.”

As times continue to change, the co-op will continue to adjust to meet the needs of the area farming community, just as it has done for the past century.