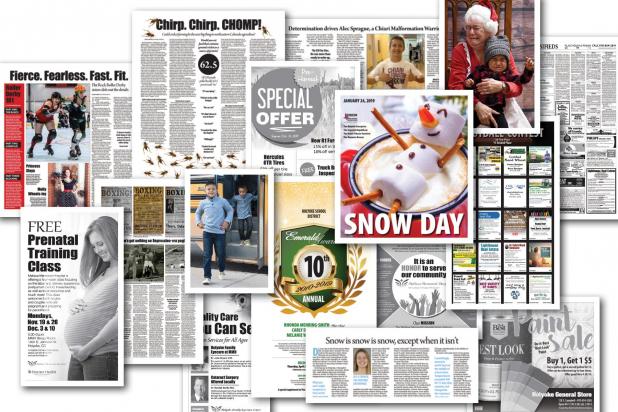 Due to the coronavirus outbreak, the Colorado Press Association was forced to cancel its 142nd annual convention originally set for April 30-May 2 in Glenwood Springs. However, newspapers around the state were still able to celebrate their 2019 Better Newspaper Contest results with a virtual award presentation.

The Enterprise won seven awards in the advertising contest, which led to the overall Advertising Excellence Award in Class 2.

Eligible entries were published between Nov. 1, 2018, and Oct. 31, 2019. The Enterprise competes against other weekly newspapers of similar circulation size.

Humorous column writing — “Snow is snow is snow, except when it isn’t,” second, French.