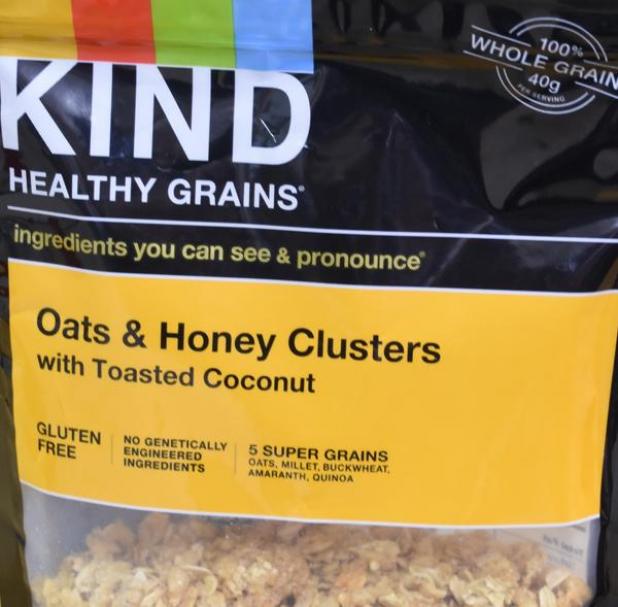 It’s not hard to find ancient grains. This particular granola blend features five different ones, ranging from the well-known to the obscure, including what some farmers would consider weeds or bird seed.

Ancient grains are more common than you might think
Jes-c French, The Holyoke Enterprise

The term “ancient grains” isn’t the most telling phrase. Are they something from long ago that’s since been lost to civilization? Is it that old tub of oatmeal that got pushed to the back of the kitchen cabinet? Is it the latest hipster fad to hit stores like Whole Foods and Trader Joe’s?
Even the Whole Grains Council reports that there’s no official definition of ancient grains. In the larger sense, all grains are “ancient,” in that they can all trace their roots back to the beginnings of time. For its purposes, however, the Whole Grains Council loosely defines ancient grains as those that are “largely unchanged over the last several hundred years.”
The grain many Americans most readily think of — modern wheat — is not an ancient grain. It’s been bred and changed countless times over the years. Its predecessors, ancient wheats, include einkorn, emmer, spelt and kamut.
While a casual consumer may not have heard of those ancient wheats, there are many ancient grains that are common in the American diet. It would probably be difficult to find someone who hasn’t heard of oats, wild rice or rye, and at least in the northeastern Colorado/southwestern Nebraska area, millet and milo are well-known grains. Evolving food trends have made things like quinoa and chia more commonplace, too.
When considering that each of those is an ancient grain, it becomes quickly apparent that ancient grains are common already, but even the rarer varieties are starting to gain popularity.
Many factors have contributed to the surge in ancient grains. They’re hailed as “superfoods” and “nutritonal powerhouses,” and in a seemingly health-food-obsessed society, many shoppers are keen to give it a go.
Also influencing the popularity of ancient grains is the apparent rise in gluten sensitivities. Whether more people are sensitive to gluten or not is hard to say, but there’s no denying that more and more gluten-free food options are becoming available. As both businesses and consumers search for gluten-free options, some have turned to ancient grains.

Grain producers respond to gluten-free food demands
It may be strange to think of grain producers in relation to the gluten-free food industry, but one area farmer was quick to point out that gluten-free does not equal anti-grain.
In his recent pursuit of growing ancient grains, Roy Pfaltzgraff III has found himself in the middle of two different worlds. He’s encountered some fanatical views from both sides but tends toward a nice middle ground himself. He both raises wheat and strives to be a part of the solution for those who need gluten-free alternatives.
Pfaltzgraff’s parents live and farm near Haxtun, and up until about three years ago, the family raised two or three crops each year, like many operations in the area. They developed an interest in farming unique crops, and they’ve been trying new things ever since. Two years ago they grew five crops; last year it was 10; and this year they intend to try 12.
The process has involved a lot of learning and experimentation, Pfaltzgraff explained.

The full article and more like it are available in the 2019 Salute to Grain. Click here to read it for FREE: https://etypeservices.com/SWF/LocalUser/Holyoke1//Magazine262191/Full/in...