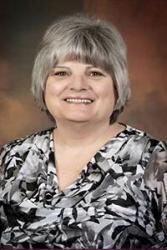 She is taking the reins from current CEO Trampas Hutches. His resignation is effective Dec. 24, and he starts a new job in Maine Jan. 1.

Harshbarger is currently the chief clinical officer at MMH and will be providing coverage for both positions — with help from management and senior leadership — until changes can be made. She began working at MMH as a consultant in January of this year and took a permanent position in May.

“I am excited to work for Melissa Memorial Hospital. I love the community and the people we serve,” Harshbarger said. “I look forward to continuing the work we have achieved under Trampas’ leadership. I thank the BOD for their confidence in me.”

Harshbarger has over 19 years of experience in an executive leadership role. In August 2013 she was promoted from chief nursing officer to interim CEO and then served as CEO from January 2014 to May 2018 at Banner Lassen Medical Center in Susanville, California.

“Cathy is an excellent choice, having been a CEO for five years prior. She shares the same vision as the MMH board of growing service lines and providing excellent patient care,” said Hutches. “Cathy has been in the industry for many years in different states and understands rural health care. She is an excellent collaborator and has shown excellent business acumen resulting in 18%-22% profit margins at the last organization she led.”

Harshbarger graduated from the University of Phoenix in 2012 with a master’s degree in health administration (with honors) following a 2007 Bachelor of Science degree in nursing from University of Phoenix (with honors). She earned an associate degree in nursing in 1995 from Western Wyoming Community College, and she studied to be a practical nurse at Laramie County Community College in 1983.

At Tuesday’s meeting, Harshbarger gave the board some highlights from the 90-day interim and strategic plan for MMH.

Hutches said Tony Blake of Strategic Impact Group is leading the search for the new CEO. While there is not a specific timeline, MMH hopes to have a permanent person in place in 60 days, he said.