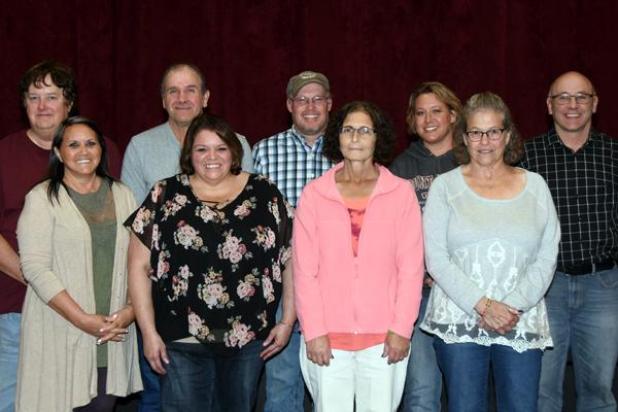 Three recent equipment malfunctions at the Peerless Theatre marred the Golden Plains Recreation Center’s report at the Nov. 21 annual meeting. But the good news is that an extremely successful CineMagic event on Oct. 26 will cover the costs.

A very small crowd of only three joined the nine GPRC board members at Thursday night’s meeting at the theater.

In a projection room update, board member Tricia Michael reported that the server went out of the projection system this past summer, requiring the purchase of a whole new server.

In late October, the sound processor went out, doing damage to the amplifiers, requiring replacement of the processor and multiple amps. This shut down the movie-showing at the theater for a week, but they’re pleased to be back in working order now.

Michael noted that Bob Brandt volunteered to work with Heartland Theater, the Peerless’s long-standing equipment provider. She said he spent an enormous amount of time helping to get the equipment room up to par. “The projection room looks awesome,” she added.

She pointed out that it was suggested that the board consider replacing the speakers, but that project is pending. Life expectancy of the speakers is 10 years. While a few have required replacing since the Peerless re-opened in 1998, a majority of them are 21 years old.

Additionally, Michael said several have asked about getting 3D movies back. She said many expensive conversions would need to be made to bring it back to working order, and it just wouldn’t be cost effective considering the small attendance recorded in the past for 3D movies.