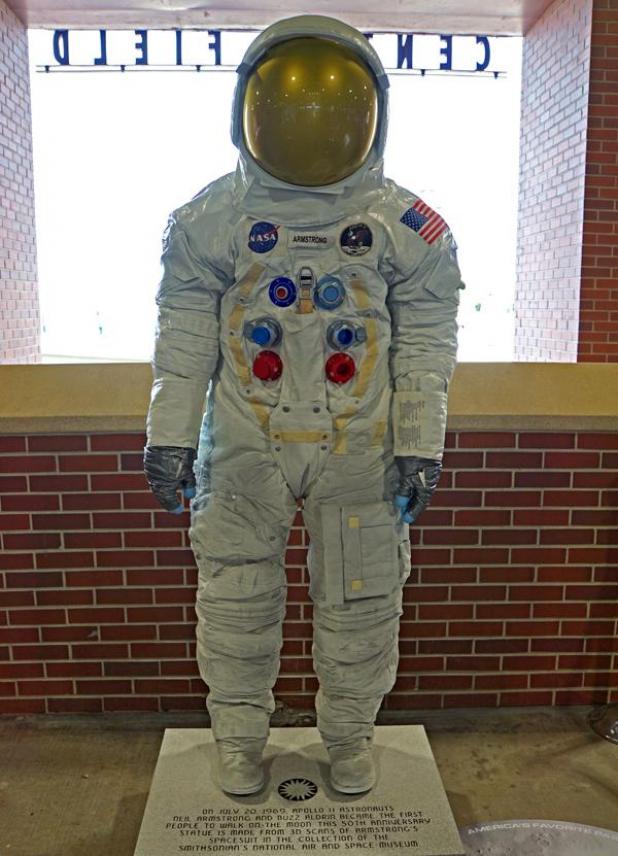 This recent display at Coors Field in Denver pays tribute to the 50th-year anniversary of Neil Armstrong and Buzz Aldrin’s walk on the moon. — Photo by Jes-c French 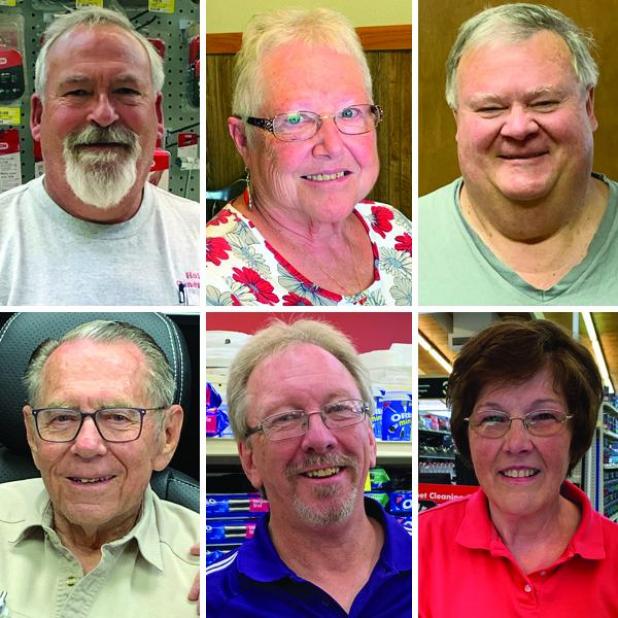 50 years ago — US stepped foot on the moon

What do you recall about July 20, 1969, when Neil Armstrong and “Buzz” Aldrin stepped foot on the moon?

‘I was in high school and remember watching it on TV. It was something that had never been done before. The lack of gravity made it look like the astronauts were just bouncing along.’ — Tim Bartels

‘It was a Sunday night and was so interesting to watch TV and see them step down on the moon and place a U.S. flag on the surface.’ — Carolyn Fisher

‘I was 19 and remember being glued to the  TV — black and white. It was intense, nobody knew it was possible. It was historic.’ — Gary Krumm

‘It was meaningful to me as an accomplishment for the United States to regain the lead from Russia in space exploration. We had fallen behind after the Soviet Union’s Sputnik launch.’ — James Scholl

‘It was my 11th birthday. We were in Thermopolis, Wyoming, listening to Walter Cronkite’s broadcast, in which Armstrong said, “That’s one small step for man, one giant leap for mankind.”’ — Jeff Tharp

‘I remember it being unbelievable. We were out in the fields putting up hay, and Dad came out and said they’d landed on the moon.’ — Mary Tomky

“That’s one small step for (a) man, one giant leap for mankind.”
These historic words were uttered 50 years ago, on July 20, 1969, by astronaut Neil Armstrong when he stepped foot on the moon, and Americans sat glued to their black and white television sets as they watched history being made.
Technology, as well as space exploration, has advanced significantly in the last five decades.
In reflection of the times 50 years ago, it is almost as remarkable that hundreds of millions of people watched the first moon walk live, as broadcast with Walter Cronkite of CBS News, as it is that we got to the moon at all.
At 8:56 p.m. MDT on July 20, 1969, Armstrong accomplished the dream of walking on the moon. He was followed minutes later by Col. Edwin “Buzz” Aldrin.
This accomplishment placed the United States ahead of the Soviet Union in the space race. When Sputnik 1 was launched Oct. 4, 1957, by the Soviets, the U.S. was surprised to find themselves behind in the race.
Four years later, with the U.S. still behind in the race, President John F. Kennedy gave a speech to Congress on May 24, 1961, declaring, “I believe that this nation should commit itself to achieving the goal, before this decade is out, of landing a man on the moon and returning him safely to the Earth.”
Eight years later, the accomplishment was achieved.
Holyoke’s James Scholl, who was 43 when man walked on the moon in 1969, said he felt that after Sputnik, the United States felt inferior. “It affected people because they thought Russia had more advanced technology. It bothered Americans that we weren’t the great leaders that we’d always been.”
He said the moon landing gave the American public a boost of confidence in terms of world leadership. “And that was meaningful,” he added.

Saturn V launches Apollo 11
The Saturn V rocket launched Apollo 11 from Kennedy Space Center in Florida Wednesday, July 16, 1969, at 7:32 a.m. MDT. The crew aboard included Armstrong, Aldrin and Lt. Col. Michael Collins.
After one and a half orbits around Earth, the Saturn V thrusters flared, and the crew had to manage the delicate process of attaching the lunar module (nicknamed Eagle) onto the nose of the joined command and service module (nicknamed Columbia).
Once attached, Apollo 11 left the Saturn V rockets behind and began the three-day trip to the moon. On Saturday, July 19, 1969, at 11:28 a.m. MDT, Apollo 11 entered the moon’s orbit.
Armstrong and Aldrin boarded the Eagle and detached it from the Columbia for their descent to the moon’s surface.
Several warning alarms were activated as the Eagle headed toward the moon’s surface. Realizing the computer system was leading them to a landing area of large boulders, Armstrong and Aldrin guided the Eagle to a safe area with some last-minute maneuvers.
The Eagle landed on the moon’s surface July 20, 1969, at 2:17 p.m. MDT, with only seconds of fuel left.
Armstrong and Aldrin spent the next six and a half hours resting to prepare for their moon walk.
At 8:28 p.m. MDT that night, Armstrong turned on the video cameras that transmitted images from the moon to millions of people on Earth who were witnessing on their TVs the historic event hundreds of thousands of miles above them.
Stepping out of the Eagle at 8:56 p.m. MDT, Armstrong climbed down a ladder to become the first person to set foot on the moon. He then stated, “That’s one small step for (a) man, one giant leap for mankind.” Aldrin followed a few minutes later.
While on the moon, the astronauts set up a United States flag. They also collected samples of moon rocks for scientific experiments.
Armstrong and Aldrin spent two hours and 31 minutes in outside exploration, fulfilling a dream of the ages.
The Eagle blasted off from the moon’s surface July 21, 1969, at 11:54 a.m. MDT for a total of 21 hours and 36 minutes on the moon. Re­docking with the Columbia, the Eagle was set adrift in the moon’s orbit after the astronauts transferred all their samples.
It was a three-day journey back to Earth. The Columbia landed safely in the Pacific Ocean, southwest of Hawaii, on July 24, 1969, at 10:50 a.m. MDT. They landed just 13 nautical miles from the U.S.S. Hornet that was scheduled to pick them up.
The three astronauts were released from quarantine 17 days after splashdown and were treated like heroes.
The magnitude of the Apollo 11’s achievement is undeniable — the first time since the beginning of man that a human being set foot on the moon.