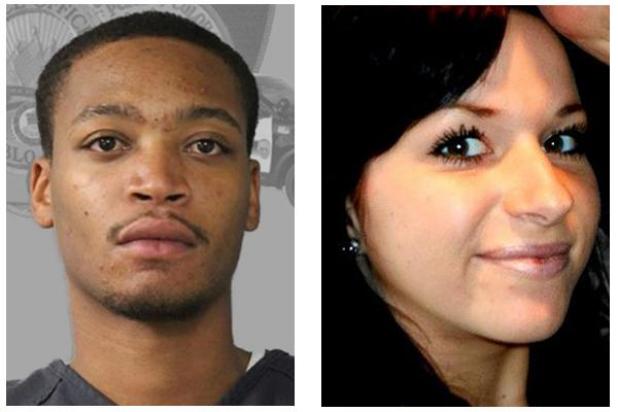 It’s a case that’s been ongoing for nearly five years, but justice for Kelsie Schelling took a new turn last Friday, Dec. 1. Donthe Lucas, 25, was arrested by Pueblo Police Department along with agents from the Colorado Bureau of Investigation on first-degree murder charges.
While many view the arrest as long overdue, Kelsie’s family remains cautiously optimistic. “We’re thankful for the arrest but know we have a long road ahead of us,” said Kelsie’s mom, Laura Saxton of Yuma. “We’re just starting a new chapter in what we know will be a long process.”
Her dad, Doug Schelling of Holyoke, reiterated, “I still have a daughter missing.” While they’re glad that an arrest has been made, he added, “It doesn’t seem much different to us.”
For them, the focus continues to be the search for their daughter and her unborn child. Kelsie, who grew up in Holyoke and graduated from Haxtun High School, was 21 years old when she first went missing Feb. 4, 2013. Eight weeks pregnant and living in Denver at the time, she traveled to Pueblo that day to see Lucas, her then boyfriend and the purported father of her child. From there, she disappeared.
Coming up on holidays, the anniversary of Kelsie’s disappearance and her Feb. 18 birthday, this is an especially hard time for her loved ones, but they remain steadfast in their search for justice.
Saxton has dedicated herself to advocacy for her daughter and other missing persons, even when it puts her out of her comfort zone. Despite describing herself as a quiet, introverted person, she did note, “When you poke Momma Bear — and you mess with one of her cubs — you better watch out.”
“Thank God I found that strength, that fight, inside of me,” added Saxton. “If we don’t fight for our kids, no one else will.”
The environments that Saxton has physically trod in search for her daughter were her first steps out of her comfort zone. From cactus-laden fields to homeless camps to knee-deep mud pits, Saxton has repeatedly gone in search of clues.
Her battles against law enforcement in attempting to force action in the search also took her out of her normal personality.
Entering the legal system becomes logical when “you’re pushed into a corner with no other choices,” said Saxton. Lawsuits were filed almost three years ago against the Pueblo Police Department for failing to take action and pursue leads, and against the Lucas family for wrongful death.
Saxton took a limelight that she never before would have chosen when she spearheaded and pushed for two pieces of legislation that were sponsored by Sen. Jerry Sonnenberg.
The first victory came in 2016 when the legislature proclaimed Feb. 4 as Missing Persons Day in Colorado, in acknowledgement of the anniversary date of Kelsie’s disappearance.
The change in Colorado law that Saxton is pleased about is that tampering with a deceased human body is now a class 3 felony, instead of a misdemeanor.
Saxton has been in front of TV cameras and has been interviewed numerous times since her daughter has been missing. “I don’t like being the center of attention, and I’m still not comfortable with that — but for Kelsie, I’ll do it,” she said emphatically.
Though she acknowledged that sometimes it’s hard not to be frustrated by the fact that it’s taking so long to find Kelsie, Saxton said she’s appreciative of all the support they’ve received.

Robbery arrest precedes murder charges
Before Lucas was arrested for first-degree murder, he was already in custody at the Pueblo County Detention Center, facing charges for a Sept. 1 aggravated robbery.
PPD detectives from the Crimes Against Persons Section and agents with the CBI-Pueblo office served Lucas with the new arrest warrant while he was in custody.
Facing the charge of first-degree murder, Lucas is being held without bond. He will be prosecuted by the 10th Judicial District attorney’s office.
PPD reported that they, along with CBI, have interviewed countless individuals and followed up on hundreds of leads since February 2013.
Also involved were the Denver Police Department, Federal Bureau of Investigation, El Paso County Sheriff’s Office, Mesa County Sheriff’s Office, NecroSearch International, Bloodhound Man Trackers Inc., Colorado Cold Case Task Force, and the National Center for Missing and Exploited Children.