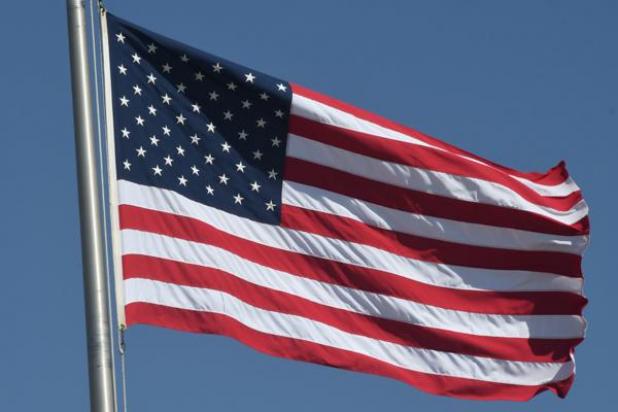 The U.S. flag is steeped in history and symbolism. Its usage is governed by tradition and etiquette. — The Holyoke Enterprise | Johnson Publications

From its colors to the manner in which it is displayed, the U.S. flag symbolizes history, pride and principles that Americans share.

The red and white stripes represent the 13 original colonies. The blue section, called the union, contains 50 white stars that represent the 50 states.

The colors of the flag represent different ideals. Red represents valor and bravery, white purity and innocence, and blue perseverance, vigilance and justice.

Over time, traditions and rules of etiquette have developed for displaying the American flag.

According to the U.S. flag code, the flag should be hoisted briskly and lowered ceremoniously when displayed on a staff. It should be displayed daily on or near the main administration building of every public institution, in or near every polling place on election days and in or near every school during school days.

When displayed from a staff projecting horizontally or at an angle from a porch, windowsill, balcony or front of a building, the union should be at the peak of the staff.

If the flag is against a wall, the union should be in the upper left corner from an observer’s perspective.

When the U.S. flag is flown with the flag of another nation, they should be flown from two separate staffs of the same height, and the flags should be roughly the same size.

When displayed in a vehicle, the staff should be secured to the right front fender or fixed to the chassis. It should not be draped over the hood, sides, top or back of the vehicle.

The flag code also states that no disrespect should be shown to the flag. It should never have any mark, insignia, letter, word, figure, design, picture or drawing of any nature placed on any part of it or attached to it.

The flag should not rest on the ground or touch anything below it. When storing the flag, it should be folded into a triangle so the union is displayed.

If a flag becomes too weathered for display due to wear and tear, it should be destroyed in a dignified manner, preferably by burning.

Practicing proper flag etiquette ensures this living emblem and everything it represents is shown the reverence it deserves.