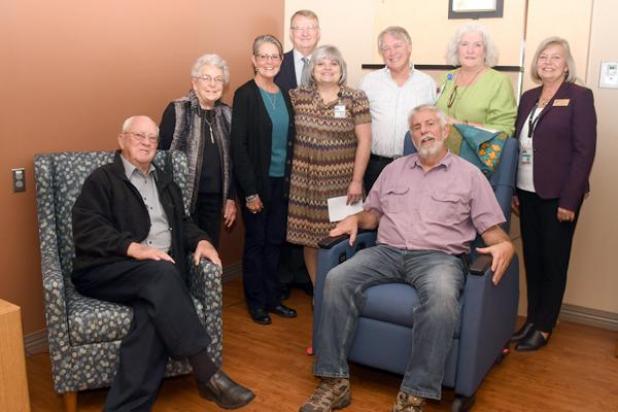 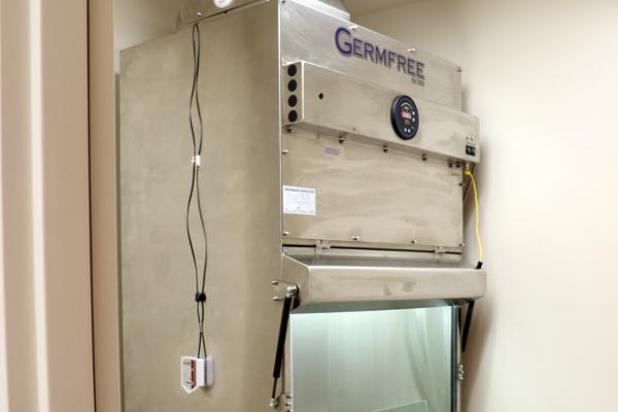 New equipment in the Londa Wernet Bradford Cancer Center is kept in a set of three sterile mixing rooms. 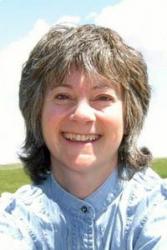 “A society grows great when old men plant trees whose shade they know they shall never sit in.”

This quote is on the wall of the board room at Melissa Memorial Hospital in Holyoke, and it was especially meaningful Wednesday, Oct. 23, at the open house of the new Londa Wernet Bradford Cancer Center.

A community of generous donors continues to blow away expectations, said Nancy Colglazier, executive director of Melissa Memorial Hospital Foundation, adding that we may not know the magnitude of every donation.

When foundation board members heard about the project, they were instantly on board. “We have been so honored and humbled to be a part of this,” she told the small crowd at Wednesday’s gathering.

Ty and Patty Wernet of Marysville, Washington, had been brainstorming a way to honor and remember Ty’s sister, Londa, and it didn’t take them long to know this project was the way to do it.

Patty said they were able to go to Londa’s last infusion with her before she died of multiple myeloma in 2015. The treatment was outside of Holyoke, and they could see what a toll it took on Londa to not only get the treatment but to also travel to the appointment.

After a period without the option of chemotherapy treatment at Melissa Memorial Hospital, the Londa Wernet Bradford Cancer Center will now allow cancer patients to receive treatments in Holyoke.

Ty and Patty donated $75,000 to the project, which gave them the honor of naming the cancer center.

“It’s our wish, and you made it happen,” said Ty, who was at the open house with his wife.

Also in attendance was Londa’s husband, Brad Bradford, as well as her dad, Boyce Wernet, with his wife Yvonne. It was made even more special because Boyce was celebrating his 91st birthday.

Pastor Kurt Hatteberg led the crowd in prayer and dedicated the new space. He gave credit to the community’s generosity. “When there’s something that needs done, it happens,” he said. “Faith in God moves mountains.”

In addition to Ty and Patty Wernet, the ninth annual MMHF Legacy Event is a Platinum Legacy Donor for giving between $50,000-$99,999. Bronze Legacy Donors ($5,000-$9,999) include the Heginbotham Trust and the Sagehorn family.

Colglazier sincerely thanked everyone who had a part — both large and small — in making the Londa Wernet Bradford Cancer Center a reality. “Together we make a difference.”

This will truly enhance the quality of life of a cancer patient, she added.

People in Holyoke and surrounding communities should keep an eye out for more information on an opening date for the Londa Wernet Bradford Cancer Center.

Patients will be able to begin using the state-of-the-art facility soon.

While the hospital, located at 1001 E. Johnson St. in Holyoke, has had chemotherapy treatment offered before, there was a time span when a certified nurse was not available to administer the treatment.

Some time later, when a nurse was in place, the existing facility was out of compliance with new regulations. The funds provided by MMH Foundation have allowed the hospital to upgrade the needed items.

Cindy Lock, R.N., who has chemotherapy/biotherapy certification and over 30 years of experience with chemotherapy treatments, is on board and is training Megan Hensley, who is also certified.

Lock said the bulk of the funds went to a set of three mixing rooms, which are sterile environments that a pharmacist will use to prepare the treatment.

The beautiful chemotherapy infusion room is where the patient will receive treatment in a new, comfortable chair.

Based on their experience with Londa, Ty and Patty Wernet made sure the room also included comfy chairs for caregivers, loved ones or friends who attend treatments with cancer patients.

Those who attended the open house saw several quilts displayed in the infusion room. Those quilts were made by the Sew Caring group in Holyoke and are ready to be given to patients receiving treatment.

Lock is excited that Dr. Michael Stone, an oncologist based out of Greeley who comes to MMH’s specialty clinic, is willing to work with the Londa Wernet Bradford Cancer Center so patients will be able to receive some of their treatments closer to home.

Lock not only worked with Londa at MMH (Londa was in the physical therapy department), she also grew up with her — summer softball teams, sock hops, swimming parties — and later a book club and weekend trips as adults.

But then in 2002, Londa started a “long, difficult walk down a road no one wants to be on,” said Lock, and Londa was not only a friend but also a patient as Lock gave her chemotherapy at the David Walsh Cancer Center in Sterling.

It was multiple myeloma, and there is no cure, said Lock.

Londa was only 45 years old, and the average life expectancy was five years. “Because of Londa’s excellent oncology care and her personal perseverance, she lived another 13 years. I believe they were happy and full years,” said Lock.

She quoted Londa’s husband, Brad, saying, “She remained her beautiful, loving, spirited self throughout and confronted the disease with resolve, perseverance and grace.”

Lock continued, “Her resolve developed into a peacefulness when she discussed her treatment and disease. She seemed determined to enjoy the present and accept the future as it came. Her perseverance was steady. She experienced one day at a time and understood the rewards of contentment. Her grace and the grace of God in her life kept her strong and anchored in this journey of unknowns.”

Lock emphasized that because of Londa’s excellent cancer treatment, she was able to enjoy life longer than her disease prognosis predicted. She entered into clinical trials and had two stem cell transplants, and it all helped her have extra years.