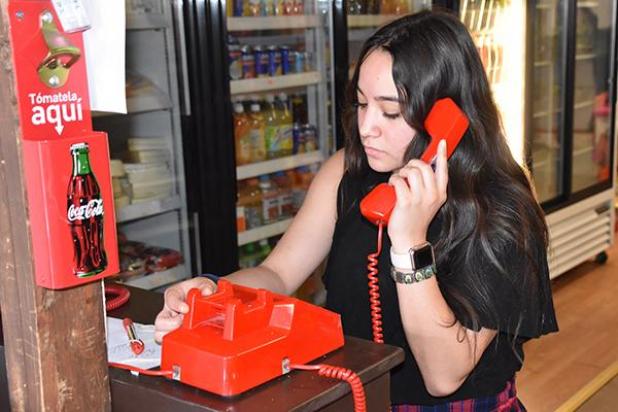 For many migrants, it can be tough to get comfortable in a place while also maintaining relationships with loved ones back home.
Volunteering to help family members with bills and other expenses is one of the ways that migrants maintain ties with members of their home communities. Many migrate to the U.S. to provide financial and physical security for their families.
According to a 2018 Pew Research Center study, in 2016, migrants in the U.S. sent home more than $74 billion to Latin America and the Caribbean.
These payments, which are known as remittances, form a significant part of the economy in some developing countries. About 17 percent of El Salvador’s gross domestic product came from remittances in 2016. Mexico received the greatest share of U.S. remittances — $28.1 billion, or about 3 percent of the country’s GDP.
Miriam and Uriel Bencomo run Holyoke’s Carniceria y Abarrotes Aldama at 136 N. Interocean Ave., which offers a remittance service through AFEX. Miriam said the business sees between 10 and 12 customers come in every day to send payments back home.
The market has a special phone in the store that connects customers with AFEX employees, who take down callers’ information, the amount of money being transferred and the destination of the transfer.
Bencomo then provides customers with one half of a receipt, which is faxed from AFEX. Customers can pay in cash at the counter. The funds can then be disbursed at various institutions, including banks and other shops in migrants’ communities of origin.
Most payments require a name and an address to complete. Larger payments, upward of $1,000, require additional identification to complete.
Money can be sent to Mexico, as well as other Latin American countries like Honduras and El Salvador. Food, utility bills and medical expenses are commonly purchased with remittance money.
Tito Fierro has been living and working in the United States since 1984. He said that he uses remittance services to send money home every month to family back in Mexico.
Fierro has siblings living in Mexico, including four sisters. Support from family working in the States is common in his hometown. He said he knows three families that each receive support from two members working in the States.
Fierro also has members of his immediate family who have come to the States.
“I have a brother who came last year; he made $50 a week in Mexico, now he makes $200 a week,” Fierro said.