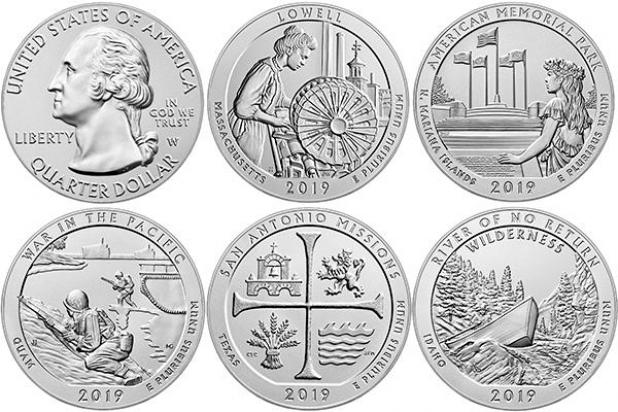 Where some may see only tedium, Brandt finds the thrill of the hunt
Jes-c French, The Holyoke Enterprise

Find a quarter. Seriously, dig one out of your pocket, purse, glove compartment, whereever. Now look at the obverse side — that’s the one with George Washington’s head — for a small letter beneath “In God We Trust.” Almost all of the quarters you come across day to day will have a P or a D. Those branch mintmarks tell whether a quarter was made in Philadelphia or Denver.

Your quarter might have an S instead, meaning it was made in San Francisco. Those are rarer because that particular mint branch strikes quarters as a numismatic product — for coin collectors — rather than for circulation.

Now if you’re looking at your quarter and there’s no mintmark, don’t be alarmed. From 1968-1979, Philadelphia quarters had no mintmark. In 1965, 1966 and 1967, none of the quarters had mintmarks. On quarters dated 1964 or earlier, the mintmark can be found on the reverse side, and if you’ve got a quarter that old, it’s silver.

If your quarter is still shiny and new, it may have a W mintmark. If so, hold onto it; they’re a rarity.

Only 10 million W quarters have ever been made, and they were all produced in 2019. By comparison, a combined 1.65 billion quarters were made in Denver and Philadelphia. Only 0.6% of last year’s quarters were produced at West Point, and their purpose was to spur interest in numismatics.

One coin collector that took the bait was Holyoke’s Jerry Brandt, who’s spent an approximate 150 hours searching for W quarters. To date, he has 30 to show for his efforts.

Even individuals who have no interest in coin collecting likely remember the 50 states series that started in 1999. After finishing all 50 states, the U.S. Mint extended the series to include the District of Columbia and U.S. territories. In 2010, the current America the Beautiful series began.

There are just 2 million W quarters featuring each of the five designs released in 2019. What really sets them apart, though, is that they can only be obtained through general commerce. That means they all went directly into circulation and are not available for purchase from the mint. Coin collectors have to get them the hard way.

The 2019-Ws were the first quarters to feature West Point’s mintmark but not the first to be made there. Quarters for circulation were struck at West Point in 1977-1979, but they had no mintmark so they’re indistinguishable from Philadelphia quarters.

As days began to pass in 2020, Brandt and other coin collectors anxiously waited to hear whether there would be 2020-W quarters. As it happened, in the time between Brandt’s interview and when the Enterprise went to press, the news broke. 2020 will feature another 10 million W quarters across five more America the Beautiful designs.

The National Park of American Samoa quarter is slated to be released Feb. 3, and 2 million W quarters will be mixed in with the P and D quarters for distribution.

The process of finding a W quarter, as described by Brandt, sounds deceptively simple. Open a roll, look at the 40 quarters inside, and return the unwanted ones to the bank. Repeat that 3,000 times, and you’ll have matched Brandt’s process.

At the moment, he’s looked through about $30,000 worth of quarters in pursuit of the Ws. To put that into perspective, the 120,000 coins he’s looked at weigh a combined 1,500 pounds. Stacked one on top of another, they would reach 210 meters into the air. Laid side by side in a single line, they would stretch 1.8 miles. In addition to the Ws, he’s found proof quarters and silver quarters and coins from probably seven different countries.

This incredible search started back in April, when West Point’s Lowell and American Memorial Park quarters were  distributed. The mint released them just before the Great American Coin Hunt, which ran April 21-27. During that week, coin collectors across the country put collectable coins back into circulation to celebrate and promote the hobby of numismatics.

Brandt was in Phoenix, Arizona, at the time, and he took two rolls of buffalo nickels, all dated 1919, to give away. On his way home, he took the opportunity to pick up rolls of quarters in Phoenix, Colorado Springs, Denver and Sterling, hoping to find a W.

When he didn’t find one in those initial rolls, he kept looking, acquiring rolls, boxes and bags of quarters from each of the four financial institutions in Holyoke. A few months in and still without a W, Brandt bought a Lowell and traded for a War in the Pacific, which was released in June. “I was pretty sure I wasn’t going to find one,” he said.

Not two weeks later, his daughter Dani found a W “in the wild.” On the Oregon coast, her friend stopped to buy a bottle of water and pulled out quarters to pay. At that point, Dani was used to checking all of her own quarters and asked to see them. Sure enough, there was an American Memorial Park W, which was added to Brandt’s collection.