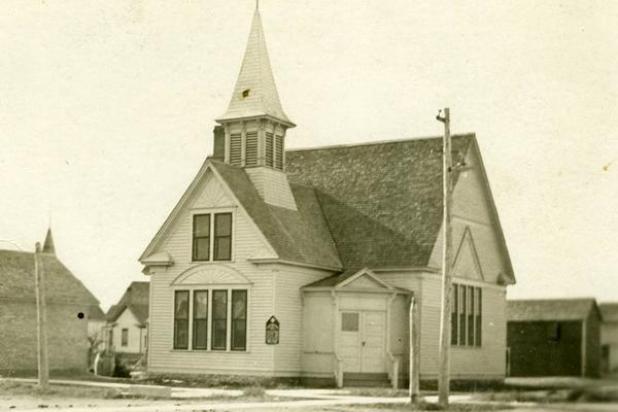 A 1950s model of the Amherst Elevator was recently discovered in a storage Quonset in Amherst and has found its way back into the limelight on Grainland Cooperative’s parade floats this summer.

College junior Austin Killin has taken a step out of the ordinary this summer for a behind-the-scenes look at U.S. politics. The 2012 HHS grad is heading into his second month in a congressional internship in Rep. Cory Gardner’s Washington, D.C., office.

Accomplishing a rare feat on July 28, Jim Powell of Yuma and his son Tyler Powell of Fort Collins climbed North Maroon Peak near Aspen to mark the end of a 24-year journey of climbing every 14er in the state of Colorado.

Phillips County commissioners reported at their July 31 meeting that the Phillips County Landfill office was broken into Tuesday night, July 28. The office was turned upside-down, and stolen goods amounted to $1,200 worth of equipment, including computers, adding machines and a television/VCR combo.

Holyoke resident Velma Biddle will join the ranks of centenarians when she turns 100 this Saturday, Aug. 8.

After nearly 33 years, 25 of which he has been in the driver’s seat, John Schneider will retire from Bank of the West on Aug. 6.

Despite a hint of rain at the outset, 88 participants enjoyed all the activities of Kids Day at the Phillips County Fair.

Drivers between the ages of 16 and 18 having “minor” operators licenses will no longer be able to cover up from their parents any traffic tickets they receive due to a new Colorado law, Senate Bill 122, that went into effect July 1.

The Lloyd Guggenmos home at 724 S. High School Ave. was severely damaged by fire last Wednesday evening. The fire started in the garage, with considerable damage to the kitchen. The rest of the house received smoke and water damage. It is estimated that damages will exceed $7,000.

Effective July 30, all outstanding tire ration certificates dated July 15 or earlier for truck and bus tires size 8.25 and larger will be canceled. These large size tires are so scarce that there are not enough to meet the most essential needs, so by invalidating the older certificates, low stocks will be drawn on only to fill most urgent needs.

Lessons in aviation are being taken by a number of young men of Phillips County here at Holyoke. The pasture north of town, formerly used as an airport, is being used at present for the training work.

There will be plenty of attractions at the Phillips County Fair Sept. 4-6, according to arrangements made with the Rapp Carnival Company for rides and concessions, the J.C. Michaels, attractions, including free acts, and Pomoroy & Brammer of Sterling, rodeo and livestock to go with it.