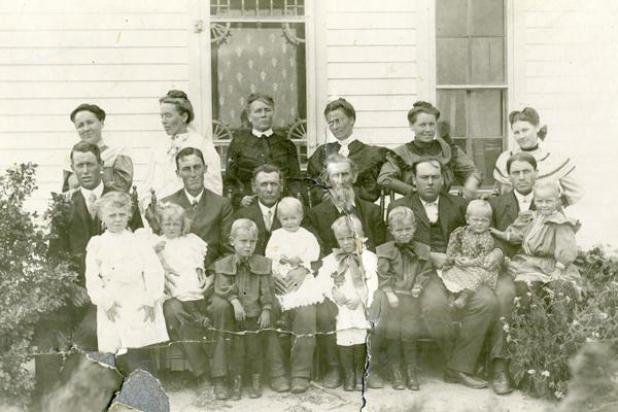 Uriel and Miriam Bencomo are looking to take the reins of ownership at AA Sarita Tienda Hispana, located at 136 N. Interocean Ave. Ownership change is planned to officially take place March 28. They will be changing the name to Carniceria y Abarrotes Aldama.

Members of the Holyoke Planning Commission have agreed on new regulations relating to storage containers and carports within the city. Shipping containers will now only be allowed on commercial properties. Carports will now be classified as accessory buildings and must follow the regulations as such in regard to placement and spacing on a property. They can only have an enclosed roof structure and cannot have enclosed sides.

Receiving collaboration awards from Phillips County Economic Development Corporation at its annual meeting March 22 were Phillips County commissioners and NECO Wind. The two teamed up to help get wind projects in the works for northeast Colorado.

Close to half of Holyoke’s registered voters will receive their municipal election ballots by mail this year. City Clerk/Treasurer Kathy Olofson said the April 6 election will be the first in which she will be sending ballots to residents who have requested to be a permanent mail-in voter with the County.

An early spring blizzard dumped 8 inches of snow in the Holyoke area from early Sunday morning throughout the day. High winds sculpted the snow into massive drifts in some areas, making the snowfall seem even heavier than it was.

Kidney dialysis patients in northeastern Colorado won’t have as far to travel when the James B. Harrigan Kidney Dialysis Center opens in Sterling Regional Medical Center in Sterling in April.

A stalemate between the City of Holyoke and Cable USA has come to an end. At the March 21 meeting of the city council, Cable USA representatives attempted to answer franchise concerns by announcing that Rick Hinck was recently hired to work as a technician in Holyoke and to maintain an office here. A motion to sign the “consent to granting of security interest” was unanimously approved by the council because of the company’s “good faith gesture.”

Beginning April 2, residents of northeastern and western Colorado can be reached by dialing the area code 970 instead of 303. Customers will be able to take advantage of a six-month “permissive” dialing period for long-distance calls to and within the 970 area code. During this period, callers trying to reach customers in the area served by the new area code can dial either the old 303 or the new 970 area code.

Temperatures dropped well below normal in the county as a general storm moved into the area the middle of last week, dumping 10-12 inches of snow.

Gerald “Bud” Brewer became associated with Smythe’s Department Store on March 25. He has owned and operated Bud’s Barber Shop since February 1959. Brewer has rented his shop to Bob Venhaus of Pueblo.

In their enthusiastic effort to supply rural people with electric service, Highline Electric Association has found they have embraced far too much territory from a standpoint of feasible operation. Their efforts have covered 15 counties in three states and have encountered many conflicts of state laws, interstate commerce, etc. It has been decided to subdivide the territory, instituting new organizations to serve their respective territories.

An urgent call has come to the Salvation Army in Sterling for several hundred knee robes for Navy hospital ships in San Francisco. The Navy requests that the knee robes be 48 by 54 inches, made of woolen squares and lined with outing flannel or any wearable material. Individuals, clubs and church organizations of Holyoke are urged to join in this crusade for the needed knee robes.