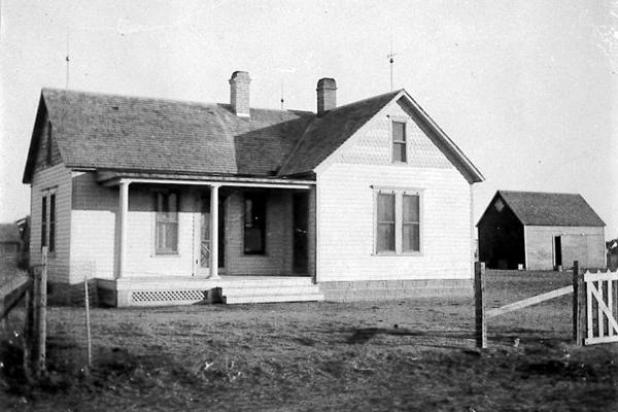 Many parts of the state, region and country have been hit with large amounts of rain in recent weeks. Holyoke received rain 20 days in May, with a recorded total of 5.56 inches for the month. On May 27, golf ball sized hail caused significant structural and landscape damage around the grounds at Ballyneal Golf Club.

Sharon Jones is preparing for a new business venture with her husband, Dick, as they finalized the purchase of the office supply portion of Computers Etc. from Lori Nelson. Monday, June 1, they officially took over operations of the supply side of the business, with Computers Etc. continuing to carry computers and electronics.

The producer boards of CHS Grainland, based out of Holyoke, and CHS M&M Cooperative, based out of Yuma, have announced plans to combine their local agronomy services and programs for enhanced value to producers in northeastern Colorado and southwestern Nebraska.

The U.S. Department of Energy hosted a Public Scoping Meeting for Environmental Assessment for the proposed NECO Wind 30 MW Community Wind Power project projected for Phillips and Logan counties. The meeting was held May 27 at the Haxtun Community Center and had an attendance of 50-60 from the public.

Recent HHS graduate Logan Krueger was chosen to play in the Colorado Rockies Senior Top 50 Game on June 13 at Coors Field in Denver.

Rain in the west end of Phillips County was said to have come down in sheets last Saturday night, June 3. Over 4 inches of rain fell in the Haxtun area, which was enough to get the Frenchman Creek flowing. Water filled the normally dry creek on Sunday to a level that has not been reached since a flood occurred July 30, 1989.

Melissa Memorial Hospital and the East Phillips County Medical Recruitment Committee are pleased to announce the recruitment of Kent Roberson, M.D., of Tulsa, Oklahoma, for Family Practice of Holyoke. The office is located at the Heginbotham Medical Center and is managed by the hospital.

A change that has been in the works for quite some time is finally taking effect. The door of the KN Energy office in Holyoke is closed as of today, June 8.

During their meeting last Monday night, the Melissa Memorial Hospital board voted against the recommendation of the hospital staff to afford Dr. C.H. Guthrie, a Denver osteopathic surgeon, surgical privileges at the hospital.

The Holyoke fourth grade finished its balloon launching program May 25 after launching 86 balloons. The balloons were found in South Dakota, Nebraska, Kansas, Oklahoma and Iowa.

On June 9, the new federal government revenue stamps for motor vehicles will be placed on sale at post offices. The stamps will again sell for $5 each and must be attached to all motor vehicles in operation by July 1, 1945.

All drivers of motor vehicles with 1942 licenses must get a renewal on or before June 30 if they plan to continue driving legally, as the last month of the three-year term of the old license is expiring.

From now until Oct. 31 of this year, housewives may make application to the Office of Price Administration for additional sugar to be used for home canning. All that is required is that the applicant secure her application forms from a grocer, fill them in completely and accurately, and mail them to the local rationing board.

Wet and cool weather continued in eastern Colorado and neighboring states from last week until this Thursday morning since May 24, when the current spell began. During the last seven days, 1.7 inches of rain was added to the 3.5 inches of the previous week, making 5.2 inches within the two-week period. This wet period may establish a record for duration and also for quantity of precipitation for late May and early June.