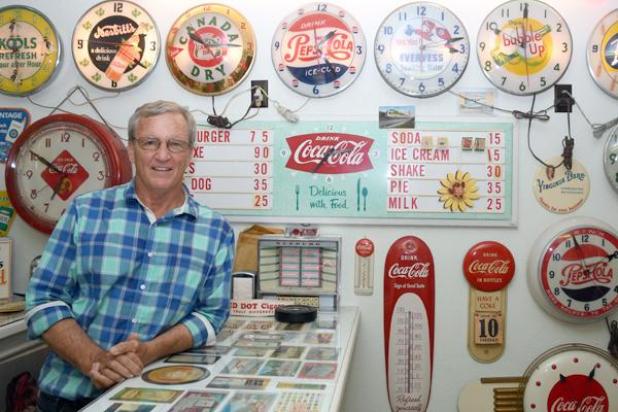 Elon Nelson leans against the counter in the room he has reimagined as a 1950’s diner. He has collected many pieces over the years to add to the room’s nostalgic atmosphere, including over 100 clocks. — The Holyoke Enterprise | Johnson Publications 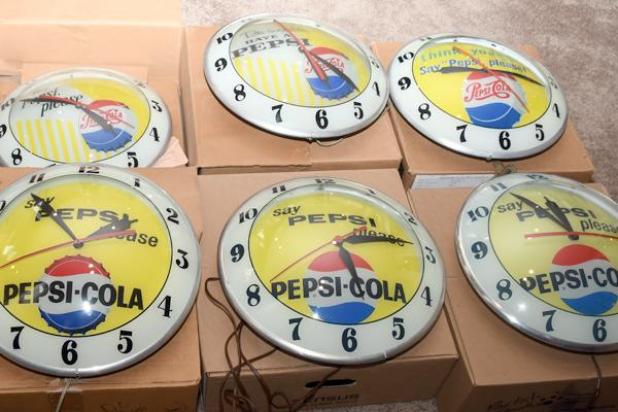 Elon Nelson’s Pepsi double bubble clocks show the changes made to advertising Pepsi over the years. He has over 100 soda advertising clocks in his collection. — The Holyoke Enterprise | Johnson Publications

Jerry and Sue Cooper have been collecting Coca-Cola memorabilia for 40 years. Every piece in their collection has a story. — The Holyoke Enterprise | Johnson Publications 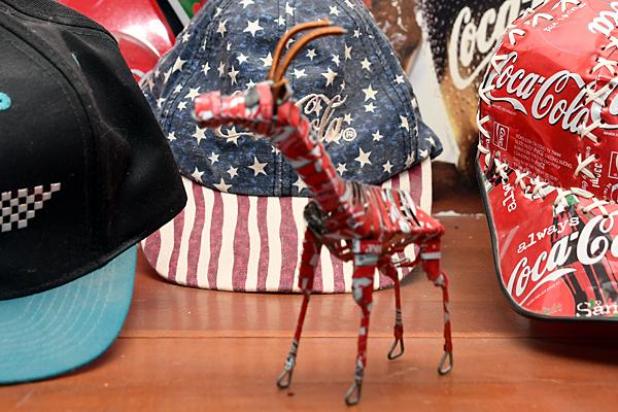 This springbok figurine is made entirely of strips of Coca-Cola cans. Sue Cooper purchased it in Botswana while doing missionary work there in 2013. — The Holyoke Enterprise | Johnson Publications

Editor’s Note: This is the first in a series about local residents and their collections.

Collections can connect people with the past, specific items they’ve always loved and other collectors around the world.

Elon Nelson and Jerry and Sue Cooper of Holyoke are collectors who have experienced a bit of all three.

He started  his collection about 40 years ago, after the availability of the soda advertising clocks in part led him to collect those instead of the coins and stamps he’d been collecting up to that point. Now his collection includes well over 100 clocks.

He has picked up the clocks and other diner memorabilia from auctions and other collectors over the years.

Nelson said the items remind him of visiting Sterling diners as a child with his friends and family.

“I just kind of held onto it,” he said, speaking of the 1950s diner ambience he’s created in one of the rooms in his house, which encapsulates his vision of what an American diner looked like in 1952.

Nelson also has a series of Pepsi double bubble advertising clocks, so named because of the two pieces of curved glass used in their design.

Each of these clocks has the Pepsi slogan of its time, and the changing designs of the bottle lids can be seen when the clocks are laid out in the chronological order of their manufacture.

“I’m always looking for more,” Nelson said, noting the collection is a great way to remember the past.

Collecting Coca-Cola memorabilia has been a great shared hobby and bonding experience for Jerry and Sue Cooper.

They have been collecting for about 40 years, and they were members of the Rocky Mountain Coca-Cola Collectors Club for 10 of those years.

Jerry said it all started when he received a Coca-Cola vending machine as a trade-in at the car lot he owned in Loveland.

From that point on, Jerry said, their collection started to grow as they began collecting Coca-Cola trays and other memorabilia.

Sue said she likes collecting Coca-Cola items because she has always liked the color, the logo and the availability of the pieces.

She added that once people found out they collect Coca-Cola pieces, they began receiving more items as gifts to add to their collection.

“There’s a story in every piece,” Jerry said, acknowledging that every Coca-Cola item in their collection is special.

Although Sue said she couldn’t pick a favorite, one piece that is very special to her is one she bought in Botswana while doing missionary work in 2013.

The piece is a springbok, which is a gazelle of southern Africa, that is made entirely out of Coca-Cola can strips. Sue said it reminds her of her travels and the great people she was able to meet.

For the Coopers, remembering the past and sharing the experience have been key reasons that they collect.

“And it’s all for sale!” Jerry said with a laugh, but a quick look from Sue said otherwise.