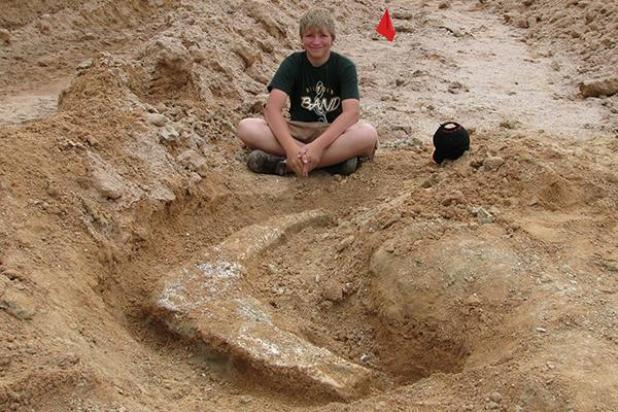 This tusk from a prehistoric elephant is just one piece of the puzzle that is helping paleontologists uncover much about Phillips County history. A.J. Brandt, one of several lucky volunteers, worked on the excavation of this fossil. 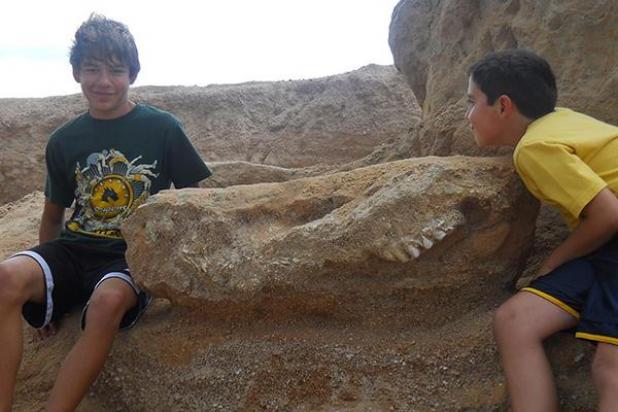 Issac Brandt and Keegan Shaw show off the massive size of the jaw and teeth from a Stegomastodon found at a dig southeast of Holyoke. The large, heavy fossils were casted and taken to the Denver Museum of Nature & Science.

Top story of the decade selected 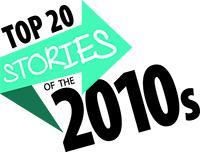 Newspaper readers voted on the top story of the past decade from a pool of 20 articles selected by Enterprise staff. Receiving 20% of the votes, a Sept. 29, 2011, story about the Stegomastodon excavation southeast of Holyoke was selected as the No. 1 story. For a blast from the past, you can reread the story in its entirety here.

Stegomastodon dig an experience of a lifetime

“It’s a once-in-a-lifetime experience,” said Issac Brandt, one of the lucky few who got to participate in last summer’s Stegomastodon excavation. All of the volunteers can certainly agree it’s just not an opportunity that comes around every day.

Fossils from a prehistoric elephant were found earlier this year on Darlene Weis’ land southeast of Holyoke.

“I felt real honored to have that on my land,” said Darlene. “It was a pleasant surprise. It’s something that doesn’t happen here every day!”

Darlene’s son Randy Weis and his wife Renee spent hours with the Stegomastodon fossils alongside staff and volunteers from the Denver Museum of Nature & Science.

Since they needed a little more manpower to excavate the fossils, several individuals got their hands dirty as they dug into Phillips County history — history that scientists say could date back over one million years.

“It’s amazing we got the opportunity because we’ll never get that again,” said Annette Shaw, one of the local volunteers.

Annette, her husband Mark and fifth-grade son Keegan got in on some of the action at the dig site close to where they live.

“I felt privileged,” said A.J., noting this is something that doesn’t happen in very many places.

The Stegomastodon was first found when a bulldozer employee happened upon the prehistoric fossils while working in a gravel pit southeast of Holyoke. He actually crushed part of a tusk, but his discovery led to much, much more than anyone could have imagined was there.

“I was amazed at how big those tusks were,” said Darlene. “It was something to see — it really was.”

The six-foot-long Stegomastodon tusks were only the beginning. The museum located several more tusks, a nearly complete vertebral column, rib cage, part of a front leg, both knee caps and a skull in addition to fossils from several other animals.

“It was neat to see something so big right in our backyard,” said Teresa.

Volunteers said it was hard to go from looking at a picture of a Stegomastodon to taking in the actual size and weight of the massive tusks and spine.

Cavin was excited because he spotted one of the tusks the museum staff hadn’t seen yet.

The volunteers said it’s not like the movies where fossils are neatly found in one clump. The bones were spread out around the gravel pit, they said, noting the researchers and scientists from the museum were great at spotting and identifying the fossils.

“The scientists are really passionate about what they do,” said Renee, and everyone agreed the museum staff was great about letting them get a hands-on experience at the dig and explaining everything about Stegomastodons as they went along.