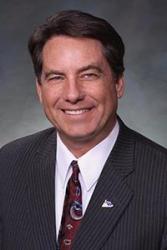 Sen. Jerry Sonnenberg’s effort to add another tool to the toolbox for funding public education went by the wayside after the Senate State, Veterans and Military Affairs Committee, on a party-line vote Feb. 25, rejected a proposed ballot measure that would allow the state to tap into lottery funds.
Under Senate Concurrent Resolution 1, voters would have been asked if the state could draw on lottery funds — outside of those that Great Outdoors Colorado needs to pay bonds — and transfer those funds to the state education fund.
Current law directs 50 percent of lottery proceeds to GOCO to pay for parks and a host of outdoor facilities and recreation needs.
Sonnenberg’s measure was proposed for the 2020 ballot. According to its fiscal analysis, the state could, but wouldn’t be required to, tap about $33 million in fiscal year 2020-21 and as much as $135 million the following year. The resolution made the transfer optional, not mandated.
The Sterling Republican has tried this once before, when the state was in the throes of the Great Recession back in 2010.
But supporters of GOCO were on hand to plead with the Democratic-controlled committee to keep the lottery program and its funding as is.
Alex Boian of the Boulder-based Outdoor Industry Association called GOCO’s funding model a “shining example” to the rest of the nation. Andy McRoberts, director of Greeley’s Culture, Parks and Recreation Department, said shifting GOCO money to education would not solve Colorado’s education funding problem. Representatives of both Colorado Counties and the Colorado Municipal League, which represents city governments, testified against the bill.
The only witness who spoke in favor was Superintendent Bill Wilson of the Brush School District. “For the last two years, thanks to Sen. Sonnenberg’s leadership, rural schools have received additional funding” for technology, teacher shortages, transportation and curriculum, Wilson told the committee. But school district budgets continue to fall short “and we don’t have the revenues to pay the teachers the wages they deserve.” Wilson also pointed out that Colorado education funding ranks among the lowest in the country.
Wilson acknowledged the significant contributions made by GOCO but said the structure of the resolution would allow the legislature the flexibility to decide where those funds will go.
Sonnenberg told this reporter after the hearing that he’s frustrated and doesn’t know what else to do. “You want to try and help education, and because politics is so prevalent here, because I’m a Republican, I obviously don’t know anything about education and shouldn’t be carrying education bills. That’s where we’re at.”
Sonnenberg noted that the education community — the teachers’ union, the associations of school executives and school boards — didn’t show up to support the bill.
The resolution would not mandate that all GOCO money be transferred to the education fund, Sonnenberg said, a point he also emphasized in the committee hearing. “It just gives another tool — if the Legislature needs it to stabilize education funding, they can do that” and would have to do it every year. It could be used for special education or some of those things that slip through the cracks.
“When the education community won’t show up to help with $135 million, I don’t know what else to do for education,” he said. “Education has always been a priority,” he added, particularly given that he has one-quarter of the state’s 178 school districts in his 11-county district.