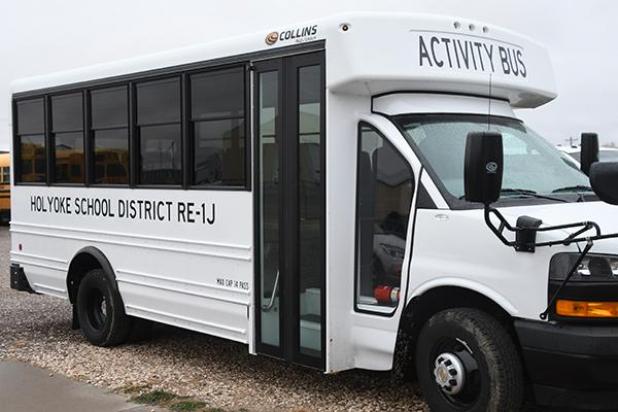 One of three vehicles recently approved for addition to the Holyoke School District transportation fleet has been purchased and officially used for its first school trip. The Holyoke High School volleyball team was transported to Crowley County for a Nov. 2 tournament on a sleek, new minibus.

Also approved by the school board were an additional minibus that has been ordered and a used route bus that the district is still shopping for.

“The Holyoke School District has been working on creating a sustainable replacement plan of the district’s transportation fleet due to the Budget Stabilization Factor reducing funds available to school districts across the state,” Superintendent Kyle Stumpf said.

The district was able to secure long-term leasing options through First Pioneer National Bank to purchase the three vehicles and to start that plan. Looking to the future, Stumpf said that the district will continue to find ways to replace the aging route buses, which currently average 182,000 miles.

Expected to arrive by Christmas break, the second minibus will be wheelchair accessible, with space on board for two chairs. At the moment, the district has one large, wheelchair-accessible bus. The addition of a second, smaller one will provide a backup and allow smaller groups that include a wheelchair user to take a vehicle that doesn’t have to be driven by someone with a commercial driver’s license.