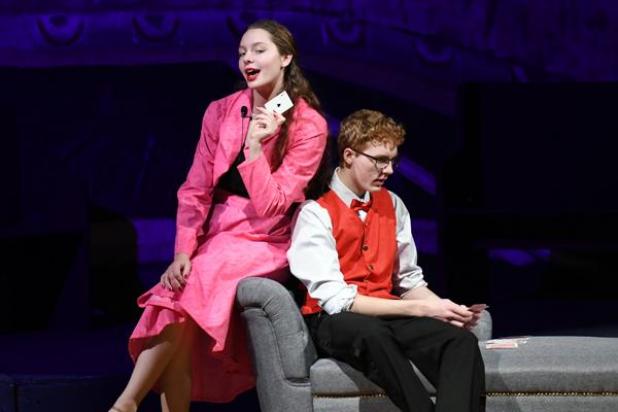 Unafraid to stack the deck with a couple of extra aces, Lola (Brenna Gatton) is sure she’s just the homewrecker Applegate (Kailar Hayes) needs to outmaneuver Joe. — The Holyoke Enterprise | Johnson Publications 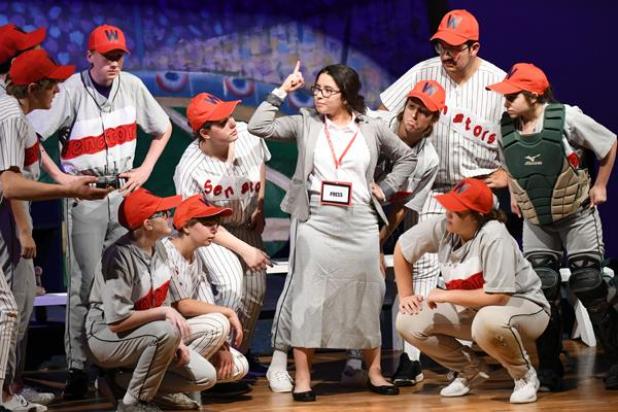 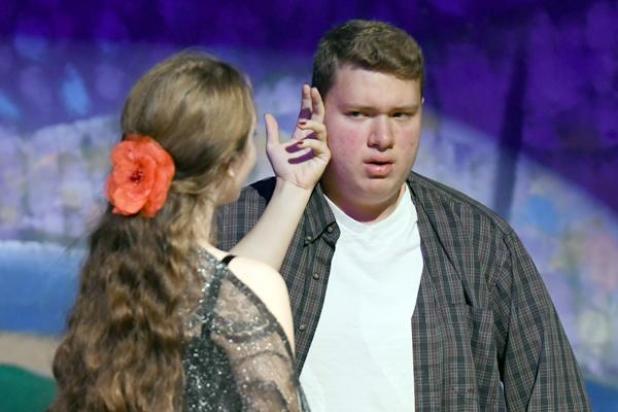 What a show from Holyoke, Co.

In real life, it’s the season when football tends to be on people’s minds, but over the weekend, theatergoers were transported to America’s favorite six months out of the year: baseball season. In the Holyoke High School auditorium Nov. 22-23, the Dragon Theatre Company staged the classic “Damn Yankees.”

With a cast on the younger side, the production treated audience members to some new faces. Of course, there were several seasoned actors that locals were glad to see return to the stage as well.

Sophomores Levi Ford and Kenneth Lindholm played two sides of the same character: Joe, a huge fan of the hapless Washington Senators. The show begins with Ford’s Joe, a middle aged real estate agent, watching the Senators lose to the Yankees — as usual.

A disgruntled Joe is met by Applegate, a famous character with historical significance, who’s handy with fire and considers souls a commodity. Played by sophomore Kailar Hayes, Applegate offers Joe a chance to become a baseball star. Just like that, Lindholm’s Joe is 22, athletic and ready to save the Senators.

Though Joe’s wife, Meg, played by senior Lali Marquez, laments her husband’s obsession with the Senators early on, she realizes just how good she had it after he disappears.