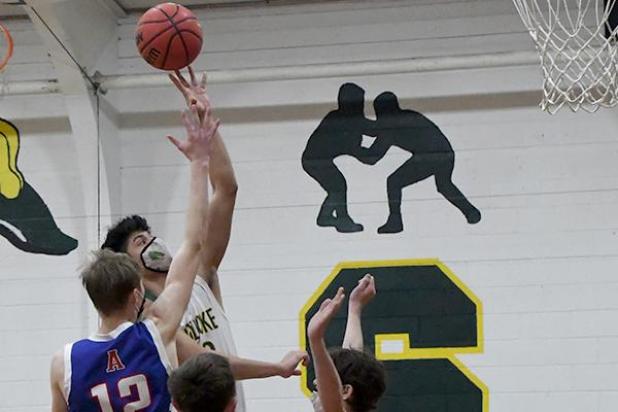 Holyoke Dragon boys varsity played two league games, beating Akron 71-33 on Friday, Feb. 12, and defeating Wiggins 56-54 on Monday, Feb. 15, to take their record to 5-3. That makes three consecutive wins, including their 47-41 victory over Merino on Feb. 6.

Coach Marcus Kammer said he and the team knew they had the capability to string together quality wins. He said he is happy with the teamwork and the fight the Dragons are showing, and they will be mentally and physically prepared to close out games in the future.

Dragon offense was strong out of the gate, outscoring the Rams 16-2 in the first quarter. Akron went on a 10-3 run to start the second, but Holyoke was able to finish the quarter strong and take a 35-15 lead at halftime.

Miles Sprague had 15 points in the second half, and Cash Weber went three for three from beyond the arc to cement the win 71-33.

Kammer said the Dragons kept up the defensive pressure and forced turnovers, and once they got the lead, they did not let up.

Miles Sprague led with six rebounds, four assists and six steals. Wyatt Sprague and Michel Perez each had a block.