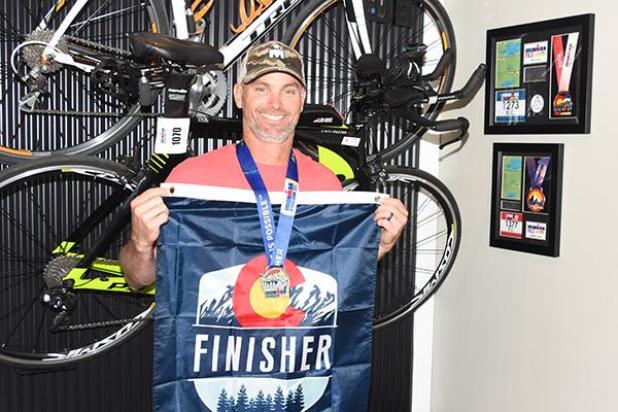 KC Martin is pictured at home with the medal and banner he earned after completing the 140.6-mile Ironman Boulder triathlon June 9. To his right are medals from two other half-length Ironman events that he completed in 2016 and 2017. — The Holyoke Enterprise | Johnson Publications 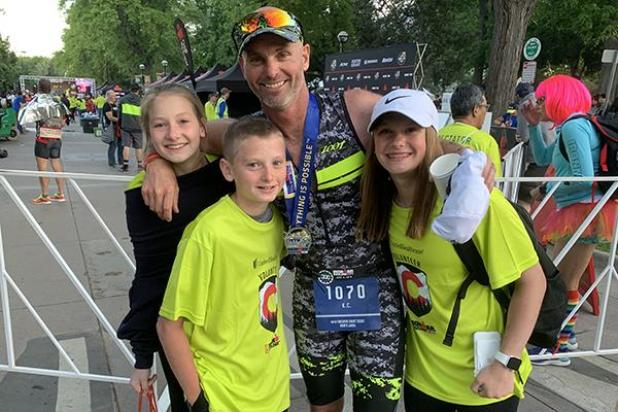 “That’s why I did it,” said KC Martin, while flipping through photos with his wife, Gina, two days after completing the Boulder Ironman. Martin is pictured with his children — from left, Summer, Teagan and Tayla — after crossing the finish line.